My job: finding the missing piece of the puzzle—capital, talent, creative ideas—that helps a company take off.

Lenard began his career at IBM where he worked as a Financial Analyst for IBM Global Services. His main responsibilities were overseeing a budget of $80 million and partnering with international locations to decrease the project costs of IBM Global Services West. Later, Lenard worked for Princeton eCom—an online bill payment company—where, as Manager of B2C Implementations; he oversaw one of the largest joint ventures in the company’s history. Lenard later led B2C Product Development at Princeton eCom prior to earning his MBA. Lenard also worked in healthcare investment banking for Wachovia Securities.

My greatest business lesson happened when I was three years out of undergrad working at a consulting firm.

My company was bidding on a project to help a financial organization create a specialized marketing plan to better target the Hispanic market. I was a junior member of the organization but when my managing partner had to cancel I ran the meeting. When I entered the room, the client picked-up the phone and asked why is someone so junior in his office. I quickly informed him that his competitors were already serving the market more readily because they had hired sales reps of Hispanic decent. I informed him that industry research revealed that “likes buy from likes” typically based on ethnicity. I then told him that his century old firm had one sales rep who was proficient in Spanish. I then advised him to sit down and hang up the phone. He did and my firm won the contract.

The lesson is to be prepared for every meeting beyond a cursory discussion. It will enable you to quickly gain trust that will eclipse any perceived limitations. 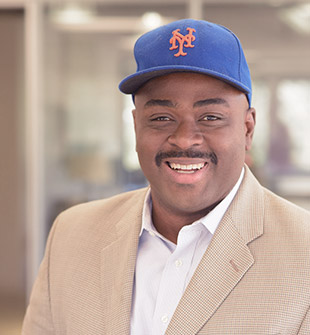 We can probably all agree that ending COVID-19