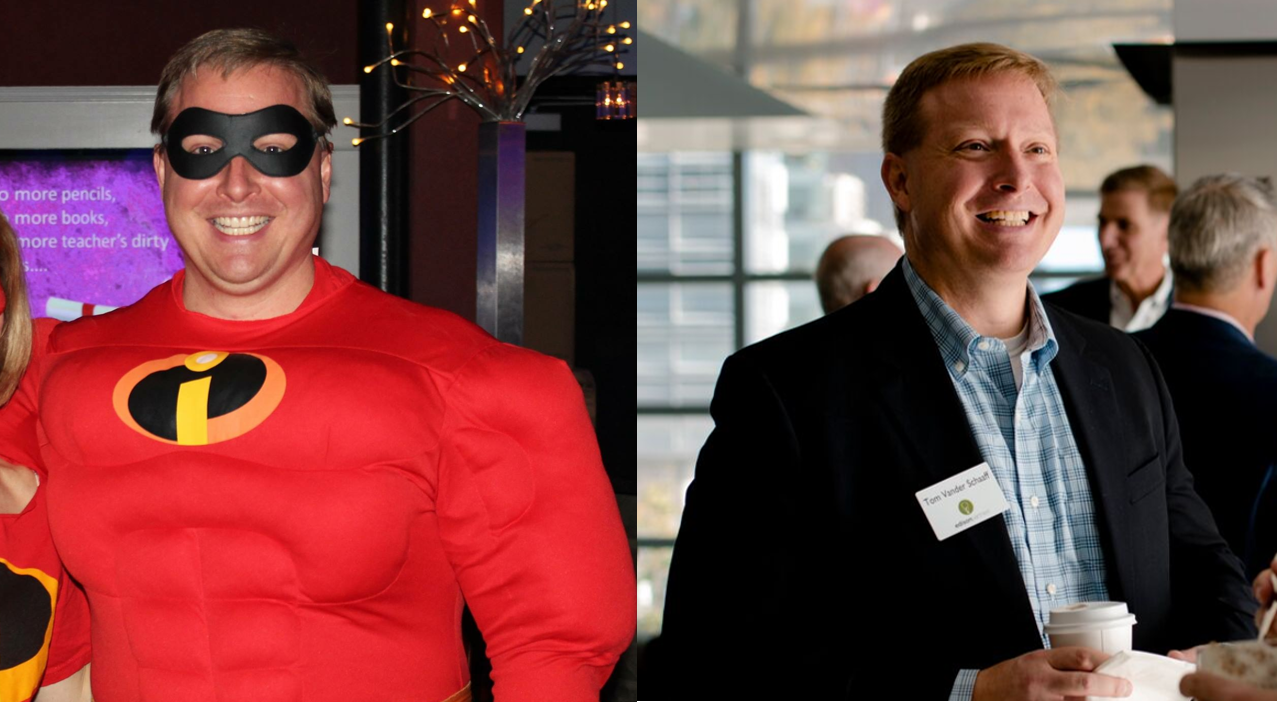 The last Friday before Halloween there's spooky decorations, fun jack-o-lantern faces, and orange and black decorations everywhere. It's no surprise that this would be a favorite holiday for our next Edisonian, who graduated from Princeton University, home of the tigers, and whose colors are orange and black!

Q: What is your best memory working at Edison?

A: I’ve been at Edison for 14 years so it’s hard to pick out any one particular memory, but I guess I could say one favorite thing that’s happened is probably moving to a new office after being in the old office for 13 years. We were long overdue to be in some kind of new space. I don't think I have ever been in any one location that long in any personal or professional sense.

Q: And now we're in Princeton. You went to school at Princeton University. Did you always know you wanted to go there?

A: I grew up in Connecticut and went on a summer tour of Princeton my junior year of high school...decided it was a place I’d like to go to college.  I still, to this day, frequent Dillon Gym to work out and beat James Hill and Ryan Ziegler in squash on a consistent basis.

Q: What is your best memory of the 80s? Rock any big trends?

A: So in 1980, I was 7 years old and by 1990, I was 17 years old. My biggest memories as a kid were playing baseball. My first team was called the Tigers so I always had a soft spot for the Detroit Tigers. My favorite show then was probably MacGyver. He always ran into situations and then found some random things and built a solution seemingly out of thin air.

Q: What’s your favorite Halloween memory or best costume you ever had?

A:  Most of my Halloween memories are around my two daughters at this point. The one memory that makes me laugh the most was my eldest daughter's 1st Halloween. She was about 6 months old and we dressed her up in a Tigger outfit. She was a little plump and might have looked more like a balloon.

Q: What motto do you live by and how did you hear it?

Q: Speaking of aspirational, if you could have any superpower, what would it be?

A: I'd love to be able to talk to animals. Especially to know what my dog is really thinking.

Q: If you won the lottery, what would you do with your money?

A: I'd prefer to be paid in bacon

Q: If you were running for President, what would be your campaign slogan?

A: I don’t want to be President. If you look at the people who have been President, those 4 years in office ages them incredibly – looks like it takes 20 years off their lives!

Q: What is something people would be surprised to learn about you? Hidden talent? Surprising skill? Funny hobby?

A: To look at me now, people wouldn’t know that I’ve run 7 marathons all up and down the East coast – 2 in DC, Philly, NY, Baltimore, and Burlington VT.

Some of Tom's Favorites?

Language = Studied Latin but not particularly fluent in it


Trivia: Did You Know? 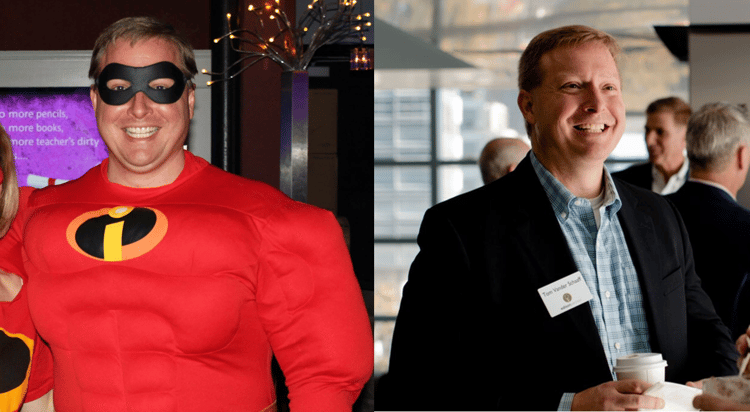 On Halloween nights like this one from 2015, Tom dons a Mr. Incredible costume and maybe even the power to communicate with dogs?! At his day job, Tom has some pretty strong powers with numbers as evident by his talk at Edison Partner's 30th Annual Meeting in New York City this past October.

When we first invested in global clinical trial

Every marketer and their mother wants to know: What will

We can probably all agree that ending COVID-19 should be